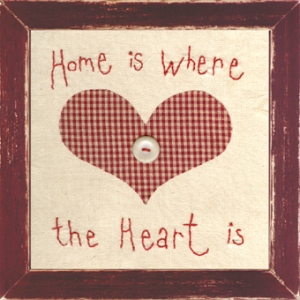 I guess I am absolutely and utterly surrounded by noise. There’s all kinds of ambient noise in my house, and since I have other noise going on, I never really pay attention to the loud hum of the air-conditioning or the ticking of the cuckoo clock in the foyer (yes, from the Black Forest; yes it has a cuckoo bird that cuckoos on the hour and the half-hour — and yes, I will murder it one day).

There are ceiling fans on. The TV’s playing for the sake of it. Computers have fans that are too loud to be normal. A dog snores softly in a corner.

And because the weather has finally decided to change, a house that makes all manner of scary settling sounds.

I don’t suppose I am conscious of these sounds during the week because my head is filled with other kinds of noise…worries, responsibilities, distractions, chores…you name it. But on the weekend, when I slowly begin to release the noise in my head, I become aware of the not-silence in the house.

It’s a comforting cacophany, those ambient sounds. They speak of security, and the known, and the intimacy of the home front. When I get up in the early morning — before the sun comes up, those background sounds come to the forefront and keep me company in my prayers and my other morning routines even as I make my own noises, opening and shutting doors, running water, the random phrase or prayer uttered out loud in distraction.