Never mind that I always said he was a hack. My friend Jeff would be amused to know I’m coming around. Look, I’m even celebrating Shakespeare Day on my blog.

The web of our life is of a mingled yarn, good and ill together. Our virtues would make us proud, if our faults whipped them not. And our crimes would despair us, if they were not cherished by our virtues. 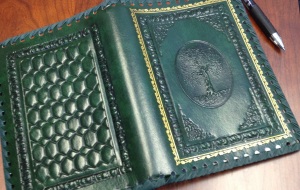 Re: Declaration of Reasonable Doubt About the Identity of William Shakespeare

I am writing to invite you to please join Sir Derek Jacobi, Jeremy Irons, Mark Rylance, Michael York, myself, and more than 1,400 others, including over 250 faculty members, in signing the Declaration of Reasonable Doubt About the Identity of William Shakespeare. It can be signed online at the website of the Shakespeare Authorship Coalition (SAC) at: www.DoubtAboutWill.org

Orthodox Shakespeare scholars claim that there is “no room for doubt” about the author’s identity. They say that the authorship controversy is therefore not legitimate, and should not be seen as an appropriate topic for research, or classroom discussion. It is often regarded as a taboo subject, which professors and students pursue at their peril. We believe that an objective assessment of the evidence shows that there are good reasons to doubt the traditional attribution, and the issue should therefore be regarded as legitimate.

The Declaration was written to clarify why so many outstanding thinkers have expressed doubt about the author’s identity. It also provides a convenient way for prominent people to take a moderate, reasonable position on the issue, while putting their doubts on record. It provides a brief, yet definitive statement of the evidence and arguments for and against William Shakspere of Stratford, but it takes no position on the true identity of the author. Thus, doubters of any persuasion can sign it, and even some traditionalists have done so. It has been fully vetted, with not one factual error identified, even by orthodox scholars.